Differentiation mechanisms are influenced by the properties of the landscape over which individuals interact, disperse and evolve. Here, we investigate how habitat connectivity and habitat heterogeneity affect phenotypic differentiation by formulating a stochastic eco-evolutionary model where individuals are structured over a spatial graph. We combine analytical insights into the eco-evolutionary dynamics with numerical simulations to understand how the graph topology and the spatial distribution of habitat types affect differentiation. We show that not only low connectivity but also heterogeneity in connectivity promotes neutral differentiation, due to increased competition in highly connected vertices. Habitat assortativity, a measure of habitat spatial auto-correlation in graphs, additionally drives differentiation under habitat-dependent selection. While assortative graphs systematically amplify adaptive differentiation, they can foster or depress neutral differentiation depending on the migration regime. By formalising the eco-evolutionary and spatial dynamics of biological populations on graphs, our study establishes fundamental links between landscape features and phenotypic differentiation. 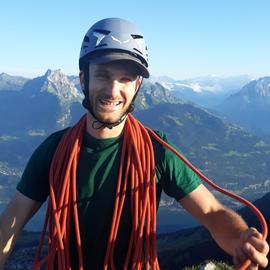